WhatsApp's parent company,Facebook,has announced that it will be rolling out ads to the messaging platform's status section in 2020. Sometime in November last year,WhatsApp confirmed it will be rolling out ads to it status section, but when this will happen was not made known. At a Facebook Marketing Summit in Netherlands, the company revealed the time for the roll out.This will see the messaging platform join sister platforms–Facebook and Instagram,in offering ads via its status section. 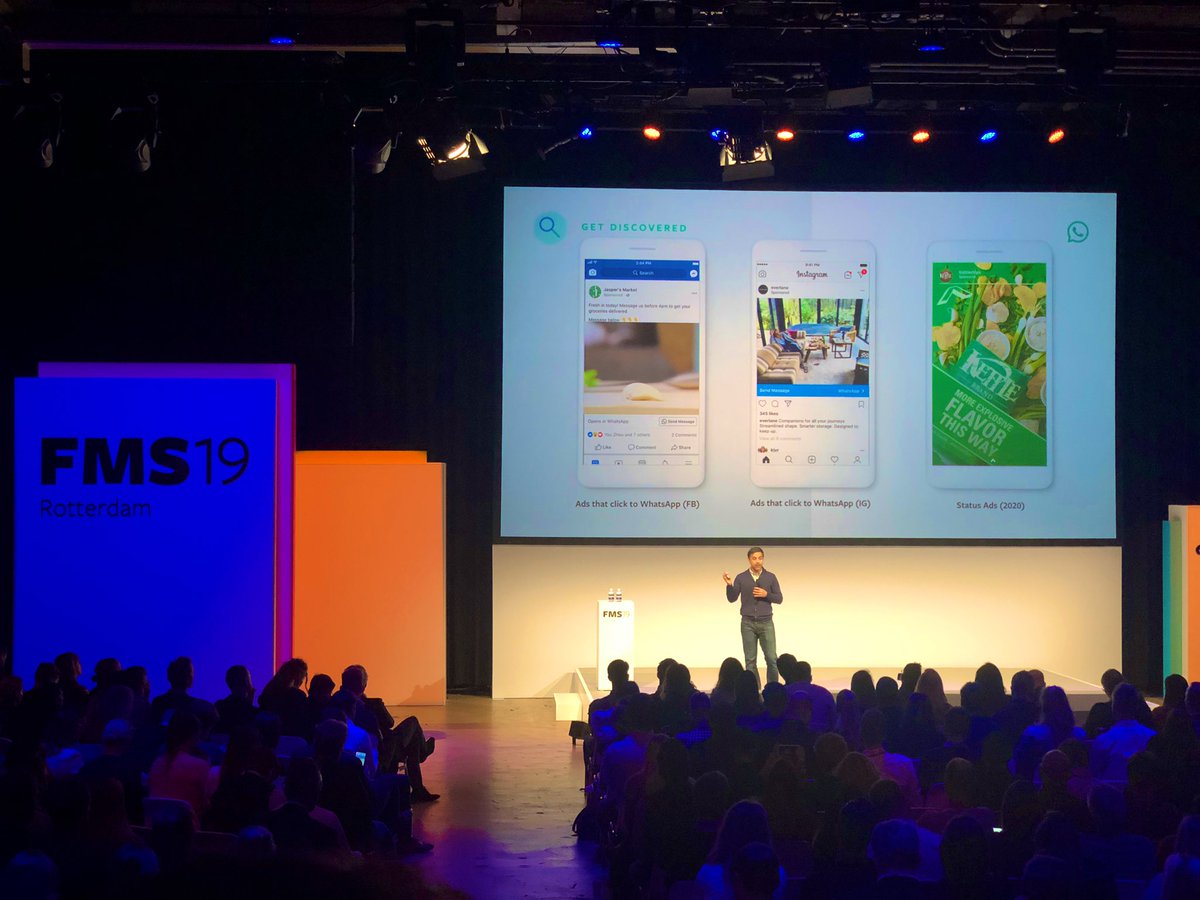 Also, from the pictures shared, it can be deduced how the WhatsApp status ads will look like. Apparently,the ads will appear full screen between WhatsApp status like they do on Facebook. Users will be able to click on the ads to be directed to the advertiser's website. This method means that the ads.

Monetizing Whatsapp has been top of the agenda since Mark Zuckerberg bought the company for $19 billion in 2014, it has caused, however,a rift between Facebook and the social media messaging services' co-founders,which eventually resulted in their exit.  Soon after rolling out its status feature last year, Facebook announced its plans to rollout adverts on WhatsApp's status section. Whatsapp Status seems to be the perfect place to begin monetizing, with over a billion active users daily and over 450 million using its status feature, the platform seems ripe for monetization. However,several concerns have been raised about allowing adverts on the platform as this means that user data might be mined for targeted advertising, Facebook is not really in the good books when it comes to user data since it came under heavyfire for data breaches and several other issues. Finally, Facebook also made it known that the advertisements will be powered by Facebook's native advertising system.

What do you feel about this advancement, hit the comment session and tell us.