Fixing Your Laptops Yourselves hasn't been this easy

Laptops tend to have a rather short lifetime. They are outdated within weeks of being released, they are notoriously hard to upgrade or repair, and by nature they are subject to gradual decay or fatal accidents. Once damage has been done, repairs tend to be only slightly less expensive than getting a brand new model. As a result we decided to give you 6 useful tips on how to solve common laptops problems without having to pay large amounts of money to computer enginners.

Some Things Cannot Be Fixed

There are some critical laptop parts that are very difficult and expensive to fix. They include the motherboard and everything that is molded on top of it, including the CPU (central processing unit) and the GPU (graphics processing unit). When you are sure that one of these are broken, proceed to the end of this article. For your next laptop, however, note that you can prevent damage of the CPU and GPU, by making sure they don’t overheat.

Here Are The Top 6 Common Problems You Would Always Encounter

Symptoms: If your laptop sounds perfectly normal, if the disk drive seems to be working, and if the display turns on, but the system just won’t boot all the way through, the problem may lie with the operating system.

Fix: Assuming you are running Windows, you can try to start in Safe Mode to diagnose and potentially fix the issue. Maybe it’s a faulty driver or a damaged registry. Rather than wasting hours trying to fix your operating system, it’s probably better to re-install it. You can back up data from a computer that won’t boot using a Linux Live CD / USB.

Your hard or solid state drive is the home of your operating system and stores all of your data on the computer.

Symptoms: Hard drives don’t always fail out of the blue. Sometimes there are warning signs, including:

5 Signs Your Hard Drive Is Failing (And What to Do2

A sure sign that your HDD or SSD has died is if the display turns on, the laptop’s indicator lights are blinking, but nothing else happens. You might see an error message that says something along the lines of a primary boot device missing. If the laptop is completely dead, however — no sounds, no lights, nothing — and if you have checked the charger, it’s very likely that the motherboard or one of its components has failed. In that case, proceed to the end of this article.

Fix: If your HDD or SSD has died, you can fix your laptop by replacing it. That is usually very easy. Remove the old drive, get a new one with an identical connector (IDE or SATA), and mount it in place of the old drive.

The CMOS battery provides power for storing BIOS settings when the computer is turned off.

Symptoms of a bad CMOS: The laptop mostly boots up fine and everything appears to be normal, except for some petty issues:

Any one of these issues can be caused by a number of things. But if a few of them coincide, then it’s a sure sign that your CMOS battery is failing.

Fix: On a laptop, the procedure is not so hard. The battery is usually accessible via the laptop’s underside. On some models, like my old HP Compaq nw8440, it might sit under the keyboard. In any case, it’s not as easy to access as the RAM or HDD / SDD, as it doesn’t come with its own door or panel. If you can manage to expose the motherboard as shown below, replacing the CMOS battery is just a matter of popping it out and replacing it with a new one.

So We Would Be Leaving Your Here Today With This, Catch Us on The Last Three Common Problems You Are Likely To Face One Our Next Blog Post.

A little sneak peek, the last three are problems we all have faced and have paid heavily for repairs before.

We are always stocked with the laptops you desire, we don't sell laptops, we sell BETA laptops order today and enjoy tomorrow.

Remember to drop your comments, what other problems have you faced and how did you resolve them. 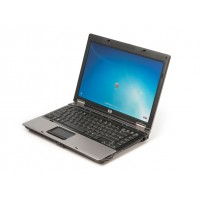 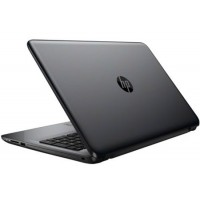 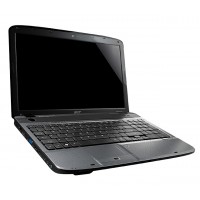